On May 13, 1999, the Coleman family opened Daddy Joe’s as a fishing and hunting preserve in honor of their father, Joe Coleman. What once were fields of tobacco, corn and pastures with surrounding irrigation ponds became areas for guided hunting trips and lakes for fresh water fishing. Rainbow trout were hauled in each fall to the stream for fishing during winter months. The resort covers over 350 acres with nine ponds and miles of trails for hiking and biking.

During the opening year, Daddy Joe’s won the national Stewardship Award from the Progressive Farmer Magazine for the unique design of the stream and lakes. In 2000, Daddy Joe’s added yurts and a bathhouse for the guests as they hunted and fished. The Clubhouse (now The Creamery) was constructed and became the gathering place for meals for our guests with an inventory of fishing and hunting supplies.

The Coleman’s quickly realized there was a need for camp sites as more and more fishermen and hunters come with campers and RVs. In July of 2001, site 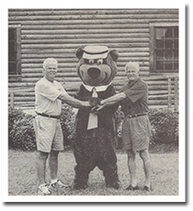 s 1-36, the Ranger Station, and an additional bathhouse were added, and the resort began to receive families for camping. The first swimming pool was built in 2002. In 2003, a business decision was made to close the hunting operation and drop “Fishing Hole” from the business name. Following this decision, Daddy Joe’s added 17 more campsites.

The campground continued to focus on the family camping market for RV’s and tents and joined the Yogi Bears’ Jellystone Camp-Resort™System in 2004. This move came with a new name - Yogi Bear’s Jellystone Camp-Resort™ at Daddy Joe’s. Yogi Bear™ moved to the campground and was present for fun activities with the families. Later that year, 4 cabins (Call of the Wild cabins) were addedto extend the opportunity for camping to all families, not just those with tents or RVs. A splash zone was added to the swimming pool for additional fun for the guests.

Over the next few years there were many new additions to the campground. Tent sites and a tent bathhouse were added in 2005. In 2006, 23 additional sites were built as well as the volleyball pool, camp store, and three additional cabins (Coyote cabins).

2008 was a banner year for the Camp-Resort™. LOCOMOTION, the ultimate ride truck was born, taking dare-to-get-dirty guests in the mud and through the woods on a unique thrill adventure. LOCOMOTION retired in 2013 after making many campers muddy and happy. The quad campsites were built and opened in this year as well as three waterslides. In November, Yogi Bear’s Jellystone Park™ at Daddy Joe’s received the highest honor in the Jellystone Park™ system by being named Camp-Resort ™ of the Year. Daddy Joe’s was chosen from 70 other Jellystone Park™ locations across America and Canada. In addition, the campground received the highest inspection award in the Jellystone Park™ system.

Yogi Bear’s Jellystone Park™ at Daddy Joe’s added a Camp Ministry Team in 2009. Worship services and ministry has continued to be a part of the Camp-Resort™.

A new venture began in 2011 with the birth of The Creamery. The clubhouse was turned into an ice cream shop featuring homemade ice cream made on property. Throughout the years The Creamery has become must-stop for campers and the community with favorites such as brownie sundaes, milkshakes, locally roasted coffee, frappes & takeout pints and quarts. The next year a miniature golf course was added behind The Creamery for an additional amenity for campers as well as the community. The campground added an additional 35 campsites, 7 cabins, 2 bunkhouses, another swimming pool, and a Jumping Pillow. The activity center was enclosed in 2013 to offer a rainy-day option for activities, the roads were paved in 2014, and a bear den was built in 2016.

Over the next few years many new and exciting features were added to the campground. A large expansion was completed in 2017 as 40 sites and 2 yurts were added for more camping. The first swimming pool was converted into a heated indoor pool and the AquaPlay was added for summer time fun. In 2018 & 2019 another bathhouse was built, and the golf cart rental fleet increased with additional carts and limo golf carts as well as a new building to house them. The Hill Top Pavilion was constructed to offer parties to our guests and the community.

Yogi Bear’s Jellystone Park™ at Daddy Joe’s won Camp-Resort™ of the year, again, in 2017 and in 2018 won Camp-Resort ™of the Year for the southern region. Both years the campground won the Entrepreneur of the Year award.

Yogi Bear’s Jellystone Park™ at Daddy Joe’s is excited for what the future holds. It is important to us, and always will be, to move forward in the camping industry to provide you with the best family camping experience possible. Daddy Joe’s began as a farm diversification project now stands as a nationally known and award-winning Camp-Resort™.

Joey and Deb, Rick and Cathy, Richard and Heather, Jesse and Amber and Christian want to thank you for choosing to stay with us. We hope you will soon return and tell someone about us.

Our team looks forward to serving you during your stay with us.

May God bless your stay with us,
The Coleman Family 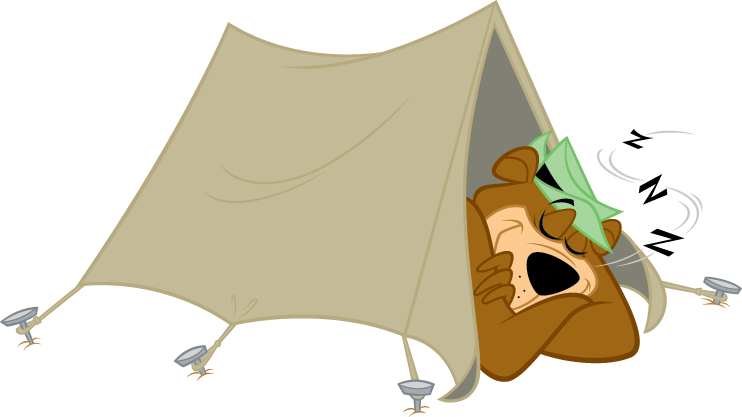 It's Time To Reserve Your Site! 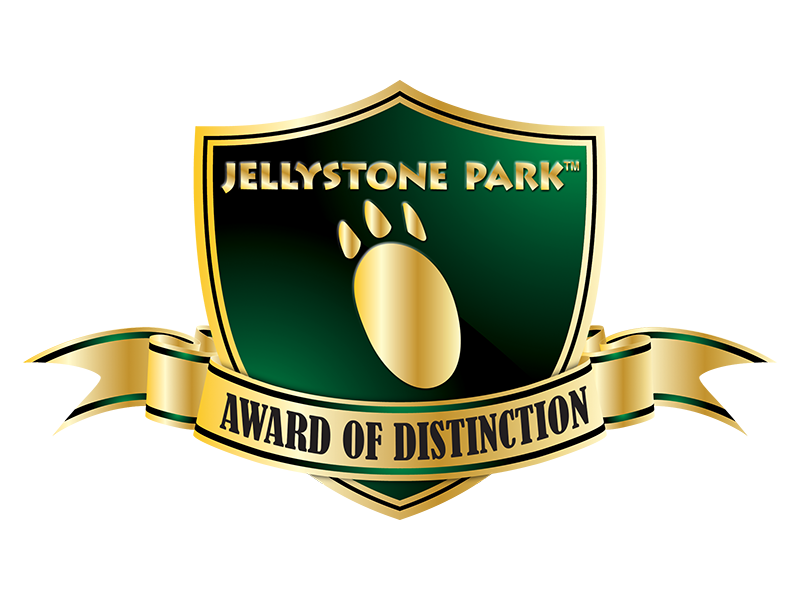